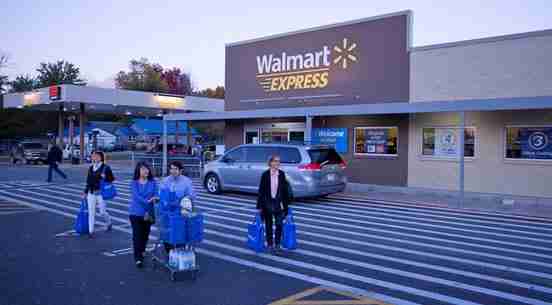 Walmart and dollar stores have some important things in common:

However, there are also some noticeable differences between Walmart and dollars stores, such as the fact that the latter actually sells most of its products for a dollar or less, and has locations in rural and urban markets where Walmart rarely treads.

According to Walmart executives, both of these differences are about to change. Over the next several years, Walmart will roll out over $6 billion in price cuts. Most of its items will still sell for more than a dollar, but the price margin between items found at both Walmart and dollar stores will get noticeably slimmer. Walmart also announced plans to build smaller neighborhood market outlets – a direct attempt to compete with successful dollar stores on their own turf.

THE FUTURE OF DOLLAR STORES

Revenue for big dollar stores such as Dollar General, Family Dollar, and Dollar Tree has surged since the beginning of the latest recession. Dollar General, the largest dollar store chain in the U.S., recently opened its 11,000th store and experienced a 15% jump in sales to start off 2013. As the economy recovers, some of this success will undoubtedly level out, but don’t expect successful dollar stores to shrink away like fireworks stands after the Fourth of July.

Considering that 40% of dollar store customers rely on government assistance, many dollar store shoppers will not stop buying from their favorite store when the economy improves or a Walmart enters the neighborhood. Due to economic necessity alone, dollar stores have faithful customers, and they have a marketing hook Walmart never will: products sell for a dollar or less. Despite coming challenges, dollar stores will remain a golden real estate investing opportunity.

THINKING ABOUT INVESTING IN A DOLLAR STORE?

If so, the triple net real estate investment brokers at Westwood Net Lease Advisors are here to help.

With our industry connections, proprietary database of thousands of on-market and off-market opportunities, and ability to financially analyze investment property from every angle, we will find the best dollar store property for your investment goals. We will also advise you on the best way to acquire the property (bank financing, 1031 transaction, cash purchase, etc.).